PhDsoft participated in the development and ongoing facilitation of a training program to simulate the many risk scenarios that may exist on an offshore platform. Using a ballast simulator, emergencies such as fires, leaks and storms have been simulated, so that participants can experience how to mitigate them.

Weighing over twelve tons, a Multi-Purpose Maritime Simulator (MPMS) was created to reproduce the exact flight deck of an oil rig, including the same movements and noises that occur during a real disaster situation. The MPMS was the result of an agreement between the Federation of Industries of the State of Rio de Janeiro (FIRJAN) and Aberdeen Skills and Enterprise Training Ltd (ASET), a Scottish specialty training provider. A joint venture between PhDsoft and Scottish company, Pisys, was responsible for building the simulator and providing ongoing maintenance and technical assistance. Prior to the innovative MPMS being developed in Brazil, participants would have to travel all the way to Scotland to attend a similar training.

During the training using the MPMS, a set of four computers are used to create the simulation. With the use of touch screens, students received commands, according to the circumstances planned by their instructors. Instructors manage the simulations from their computers and send/receive messages and parameters to/from students. The training usually lasts one week, and during that time, participants are divided into two groups. Some of them are placed inside the simulator, while others are responsible for monitoring the performance and analysis of the strategies, which must be taken forward and sent to the instructors.

The lead instructor, Ataíde de Freitas, has participated in this project since its development. He not only sees the value in what participants learn from the simulator, but also in the cost that has been saved by not requiring participants to travel to Scotland anymore for training, “I did a course for more than two months at the headquarters of Aset, aiming to be an instructor. Now, imagine a company with an obligation to send 100 employees to Scotland. The costs would be very high. With the constructions of the MPMS, we achieved about 50% reduction of costs of training employees. Also, our certificates are recognized by a representative office of Aset in Brazil.” 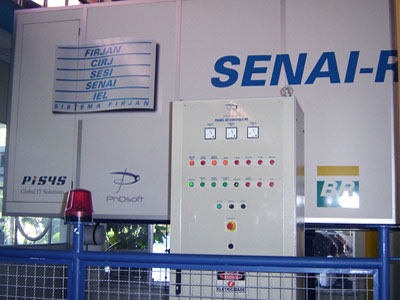 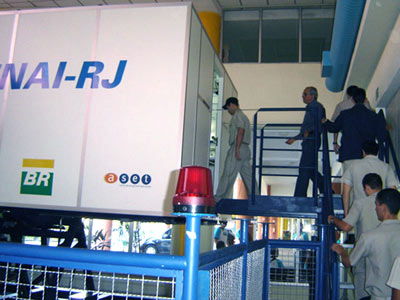 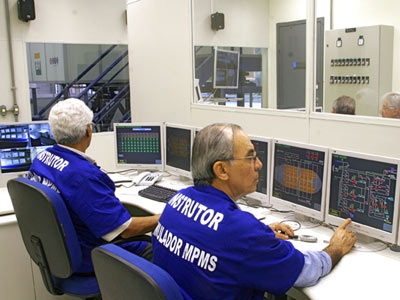